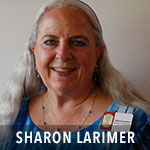 
I was born in Caracas, Venezuela in 1952. My father, Joseph McDonald (Mac) located to Caracas from Tulsa, Oklahoma, and was working for the Creole Oil Company (EXXON) when WWII broke out. He returned to the U.S. to enlist in the navy.

He met my mom, Carolyn, in Washington D.C. After the war they married and returned to Caracas. My brother, Pat, was also born in Caracas.

We returned to the U.S. in 1961 where I lived with my grandparents in Roanoke, Virginia, for one year while my parents looked for a place to settle in the U.S. They decided on Vista because some friends they had made in Venezuela had moved to Vista and said the climate in Vista was almost identical to the climate in Caracas, and that it was a great little town in which to raise kids.

So at the end of the 1962 school year my parents moved us to a home on Alta Vista Drive and where I attended Beaumont Elementary School. I then attended Lincoln Jr. High where the Civic Center is now, graduated in 1970 from Vista High School (across from the current Civic Center), and attended Palomar Jr. College where I received an Associates of Arts degree in Spanish.

I lived in Escondido near Lake Wohlford for around 9 months in 1974, moved back to Vista in 1975 for around a year and then moved to Oceanside in 1976 and lived there till 1992 when I returned to live in Vista.

I got a job with the City of Vista in 1974 until retiring in 2010. The majority of the time I worked in the Building Department and received 2 certificates in construction inspection from Palomar Jr. College and also became a certified plans examiner. Since my retirement I have been volunteering for the City as a traffic commissioner and senior citizens affairs commissioner.

I also accepted a position as a member of the board of directors for the Vista Historical Society and for many years have been the recording secretary for the board.

In 1992, I married Jack Larimer, the current executive director of the Vista Historical Museum. We had first met in the early 1970’s at college Sunday school at the Community Church of Vista. We then reconnected when I went to work at the City of Vista where he was working in the Planning Department, and we married in 1992 in Las Vegas.

We also enjoy going to Disneyland and California Adventure about once a month. We are members of many historic societies/museums in both Central and Southern California since we both love history and especially the history of Vista.