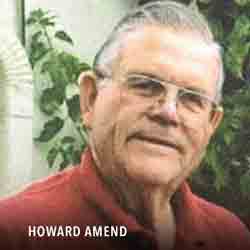 Howard Amend has been affiliated with Boys’ Club’s since he joined the Pasadena, California, club when he was 7 years old.

Howard has given 42 years of continuing dedication to the Vista Boys’ Club and the Vista Boys & Girls club, as it was renamed in 1990.

Howard and Anne celebrated their 50th wedding anniversary in March 2012. Anne retired in 2011 as a school nurse for Lincoln and Rancho Minerva middle schools. They have three children Peter, the oldest, and twins Merrill and Sharon.