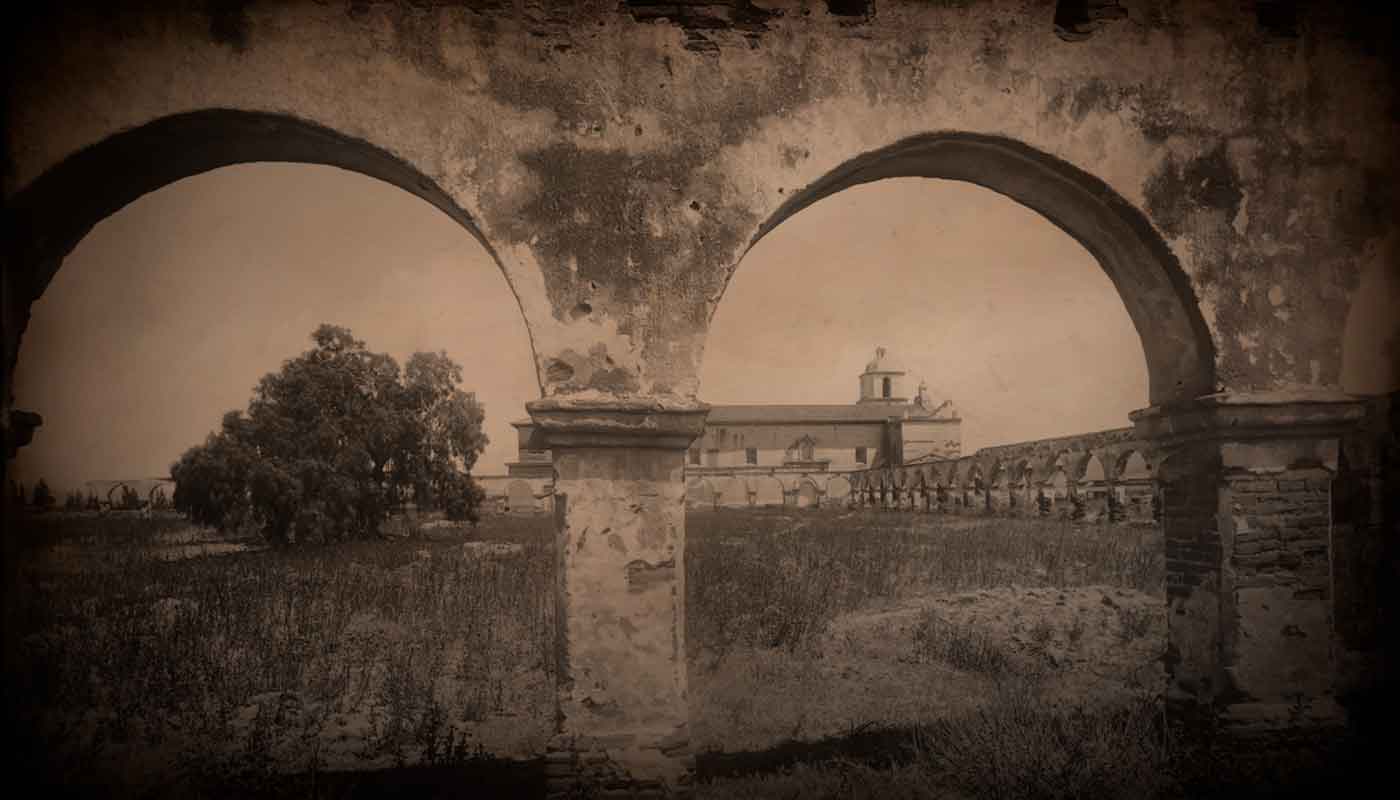 The founding of the San Luis Rey Mission brought local Native Americans to live at and
work for the Mission. What is now Vista became grazing land. 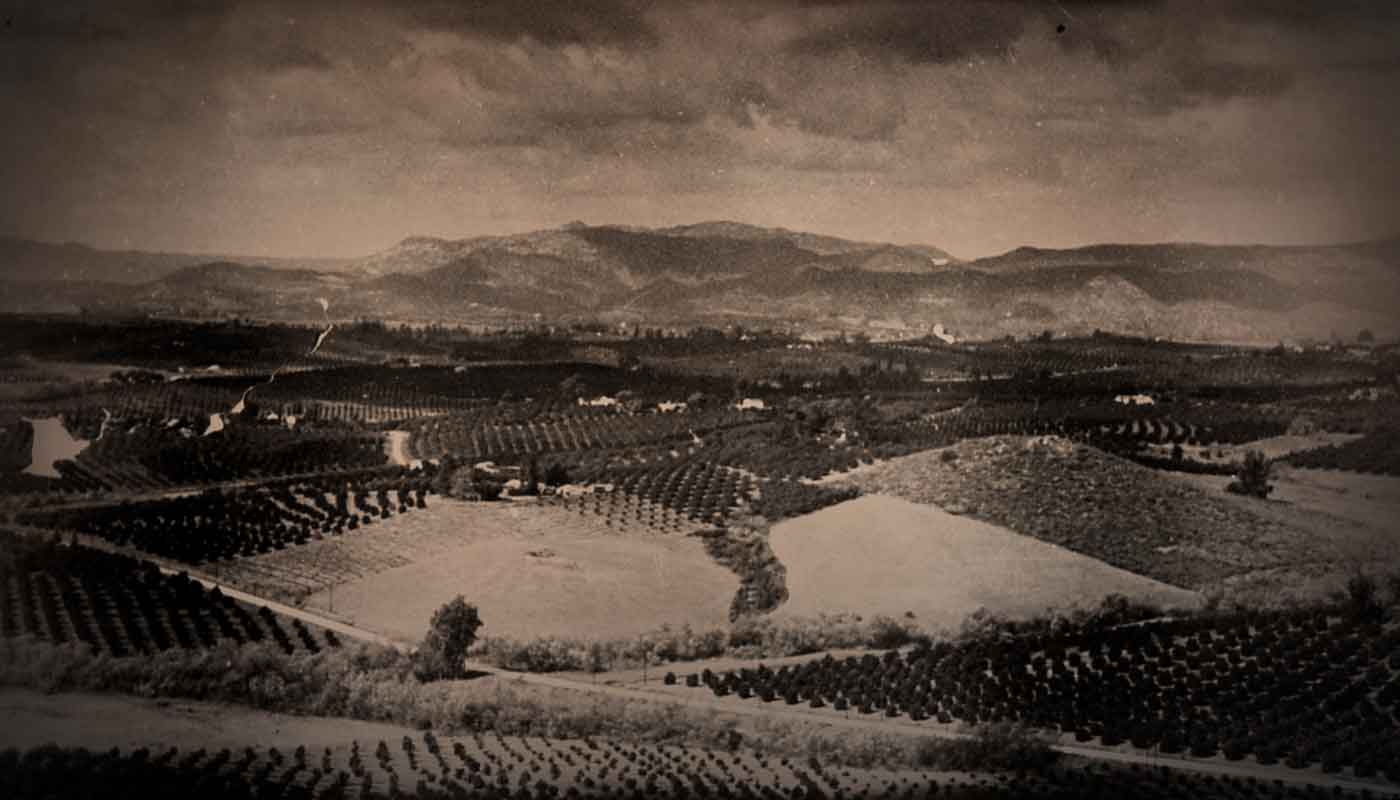 The independence of Mexico from Spain granted land ownership to individuals and
ushered in the time of the Ranchos. 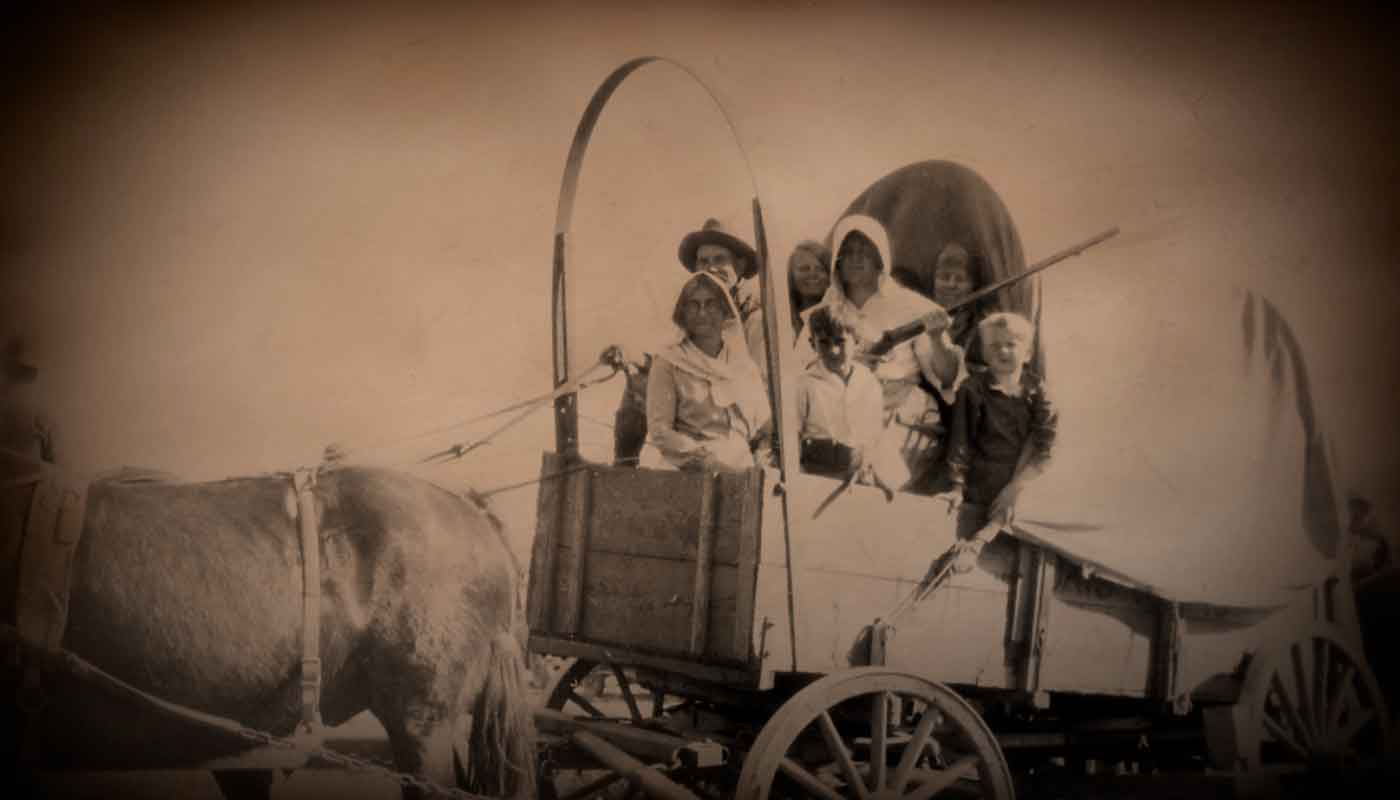 Three ranchos were granted to Vista in this way...

Rancho Buena Vista Adobe, located in what is now the center of town. 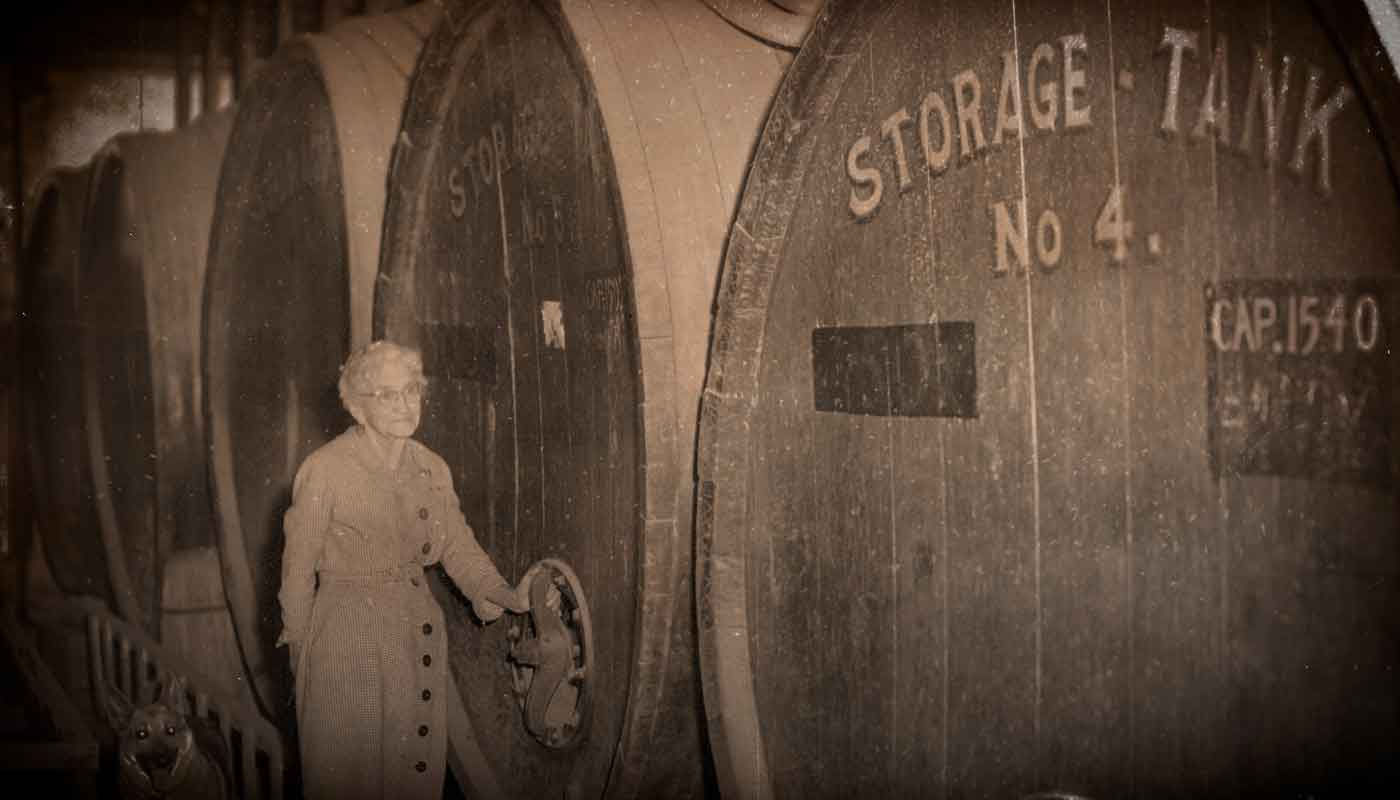 Buena Vista Winery was founded by the Delpy family at the corner of Foothill drive
and East Vista Way. Most smaller Vista agricultural holdings failed due to the
scarcity of water in the Vista area. 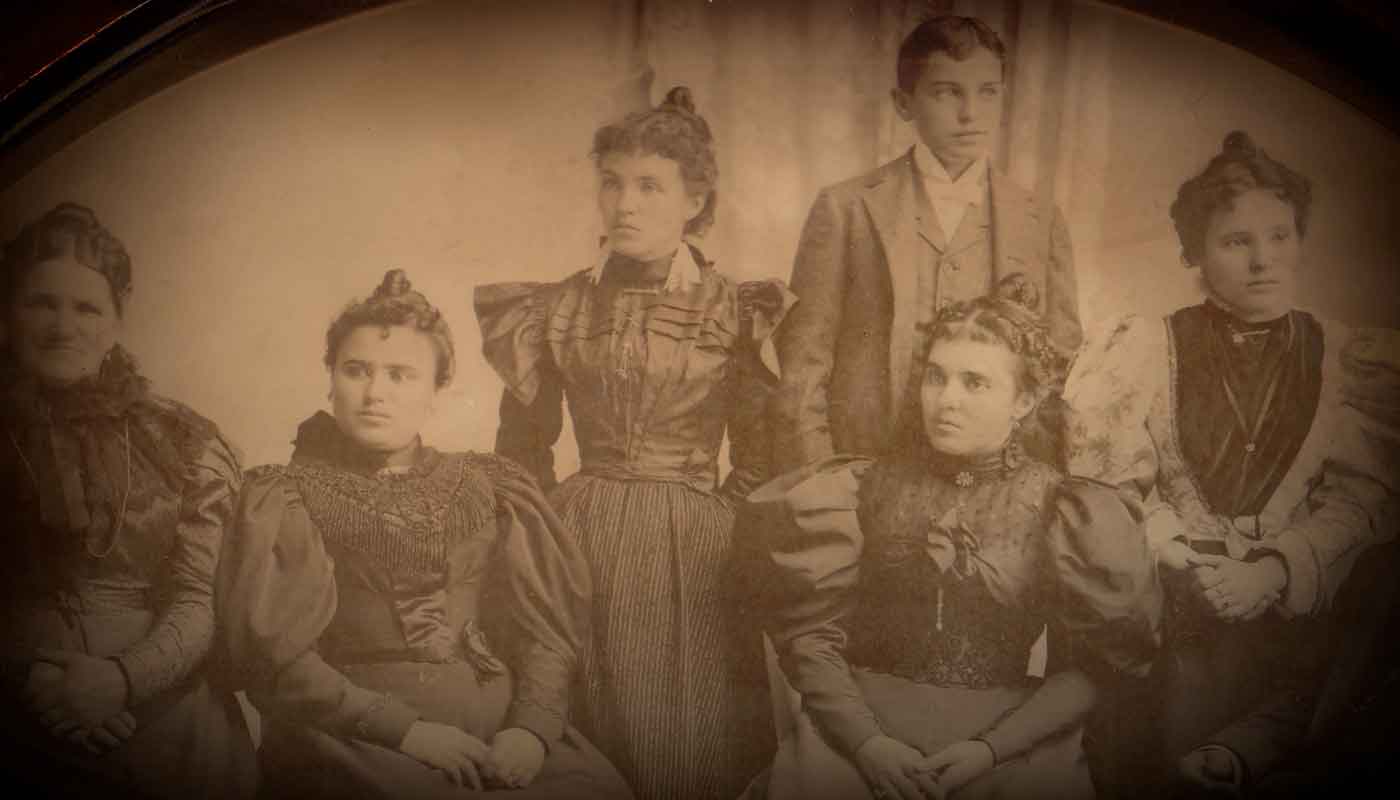 The founding of Vista Post Office by John Frazier gave Vista its name. 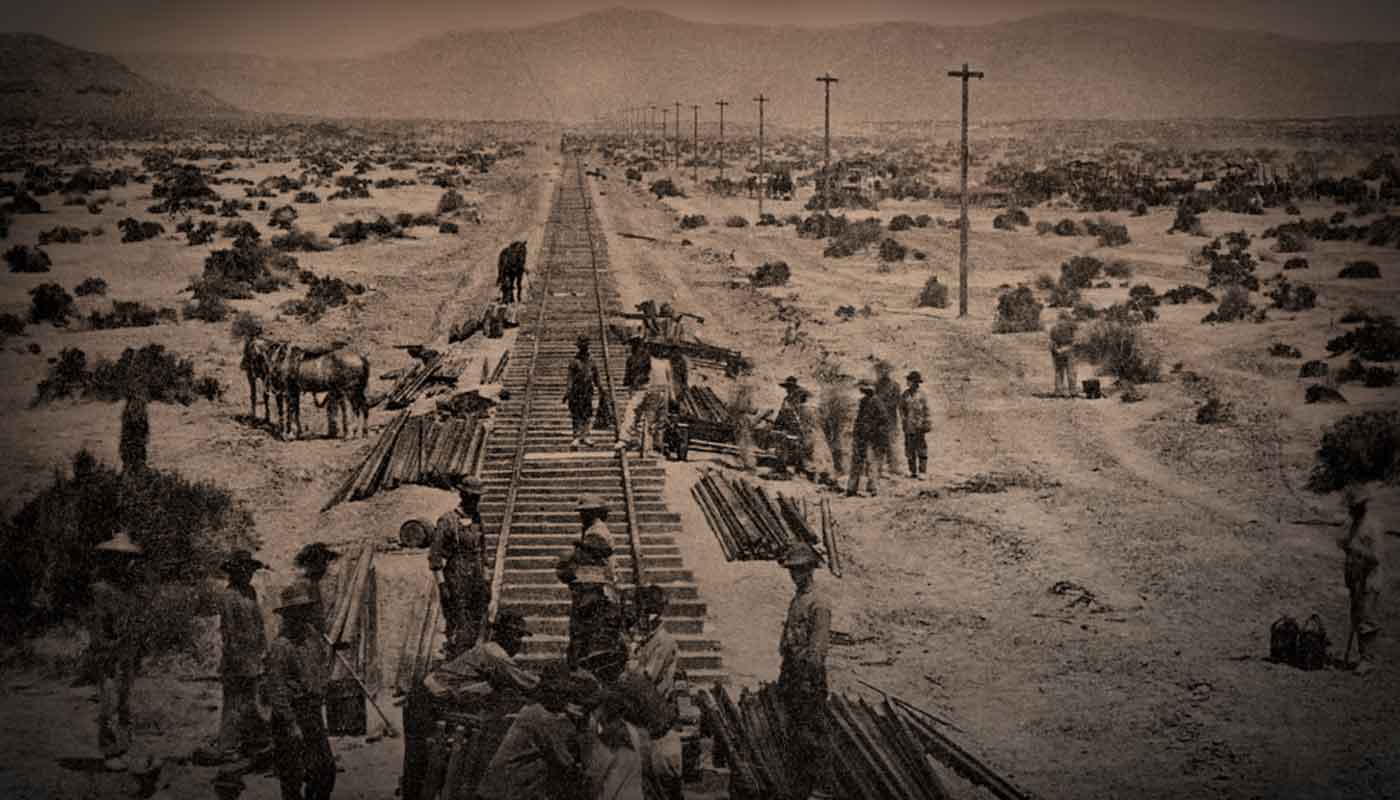 The railroad was completed between Oceanside and Escondido, allowing crops
to be brought to the coast for shipping. 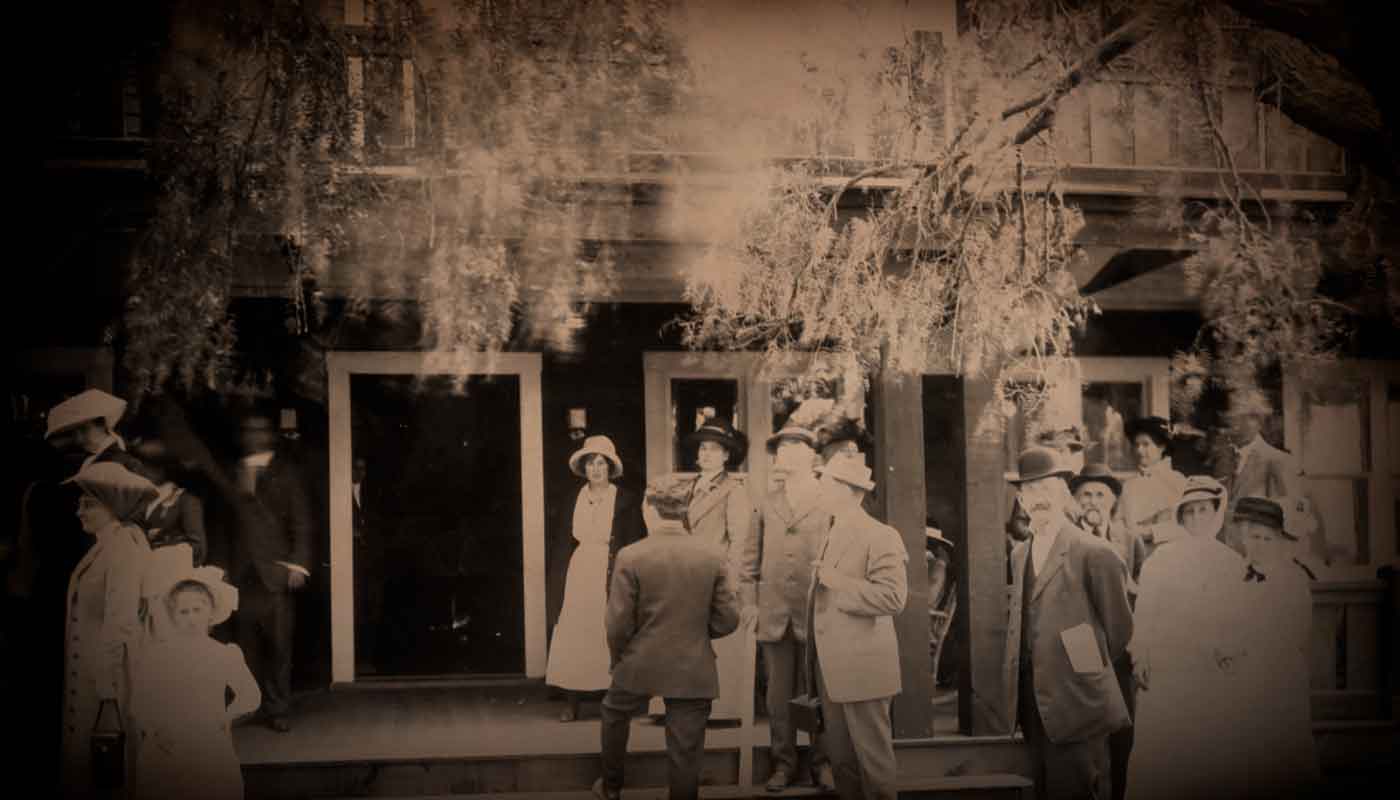 The location of downtown was permanently set by the opening of Vista Inn at
the corner of Santa Fe and Main Street, and the train depot across the street. 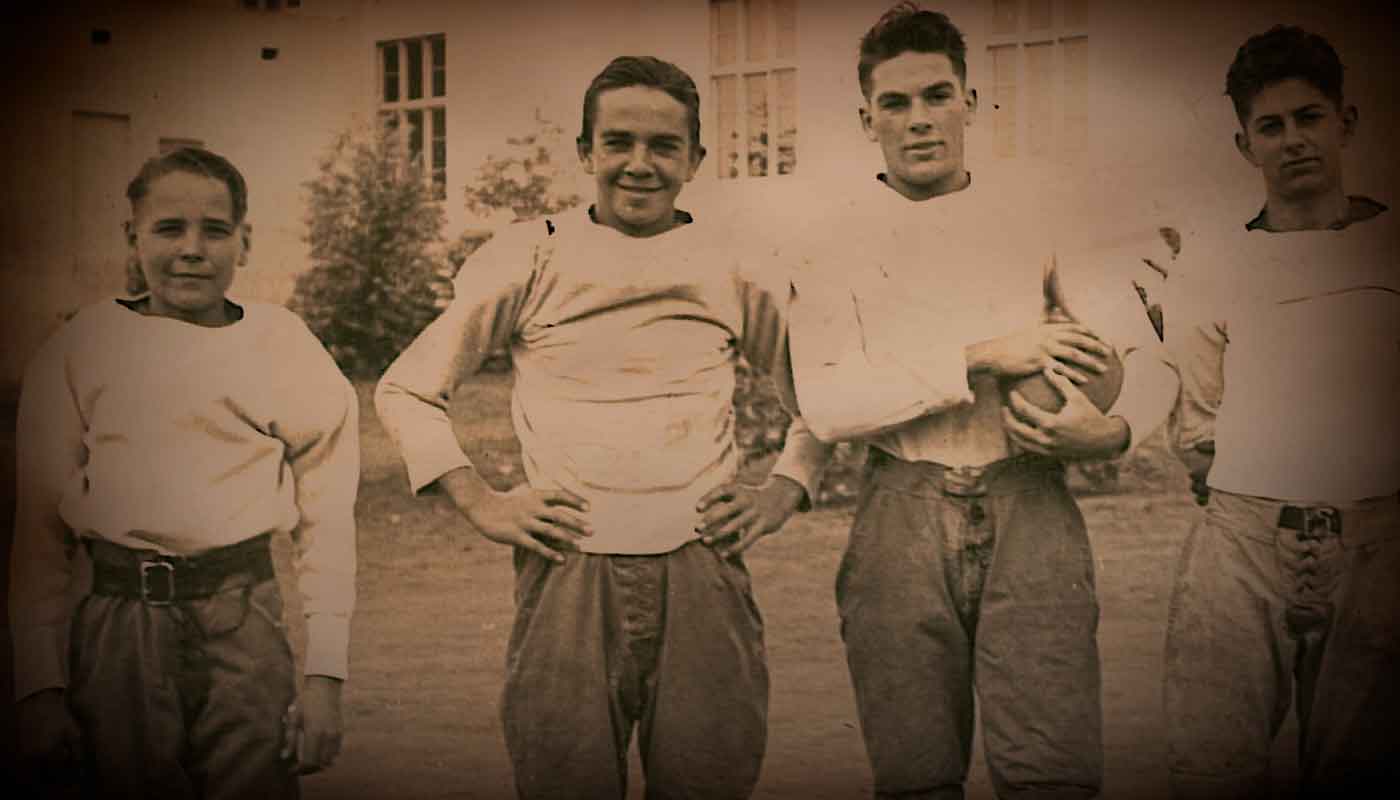 The Vista Union School District was established with the combination of the Vista, Buena and Delpy districts. 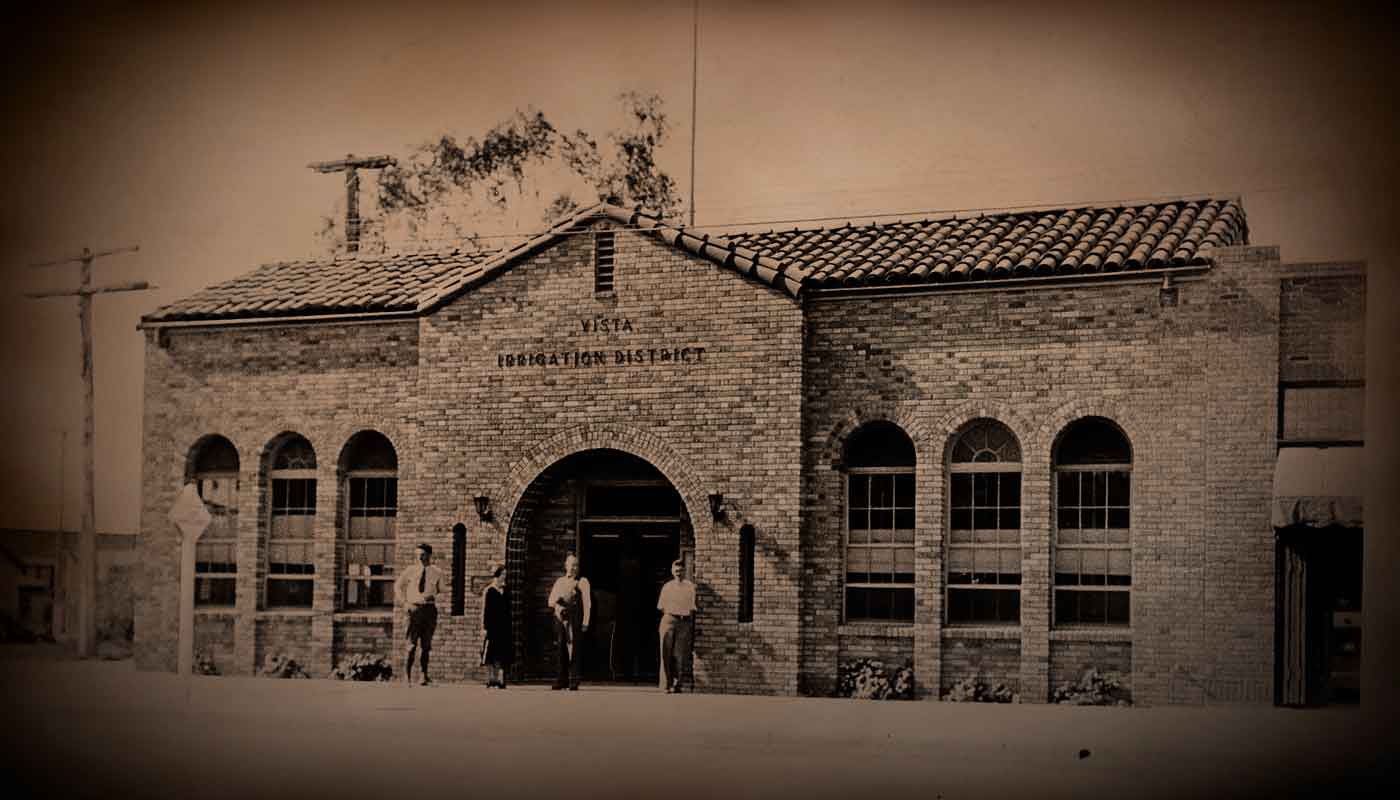 Growth of the area required a better water supply than provided by the Vista after Company wells, and so
the Vista Irrigation District was created by vote of the people. 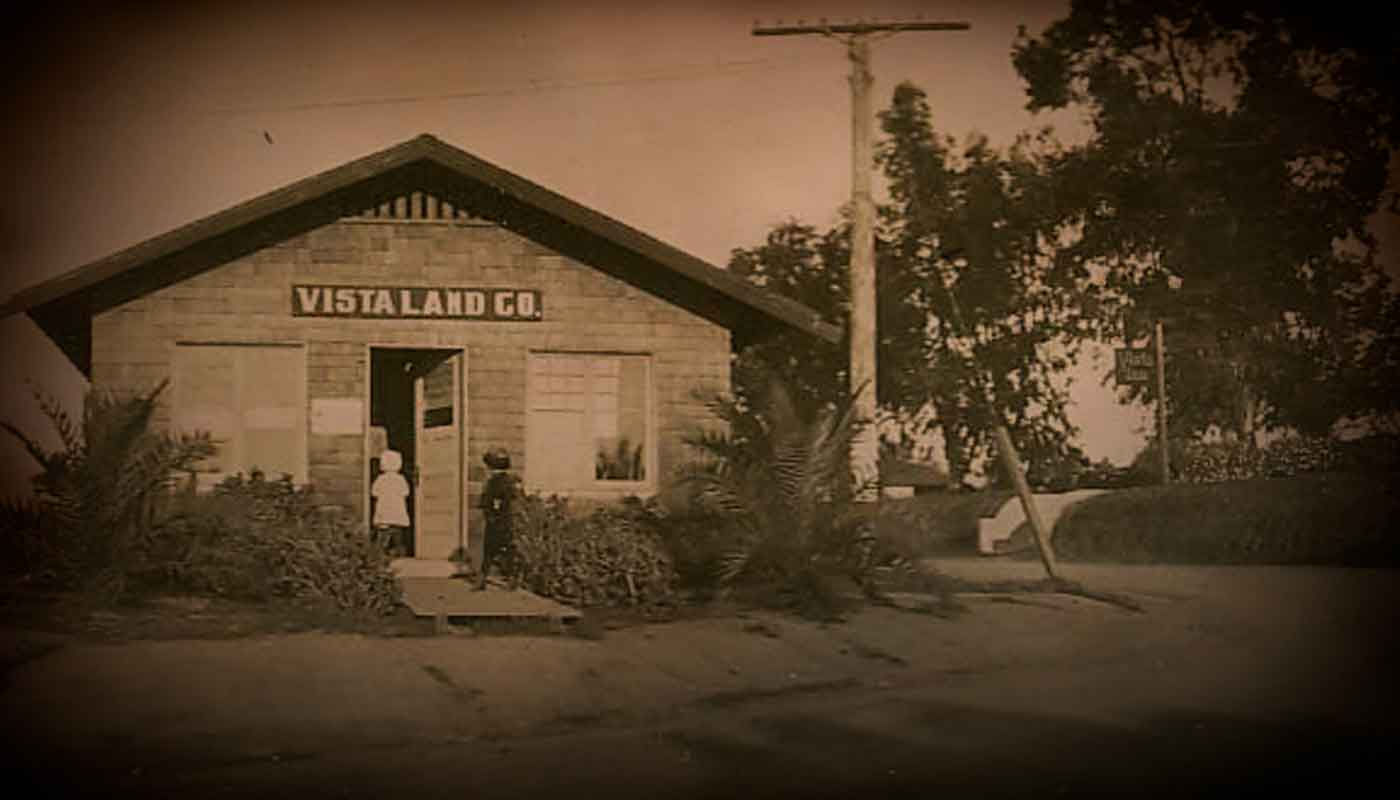 After three years of construction, the new Lake Henshaw water supply was turned on, making
all subsequent agricultural, residential and commercial development possible. 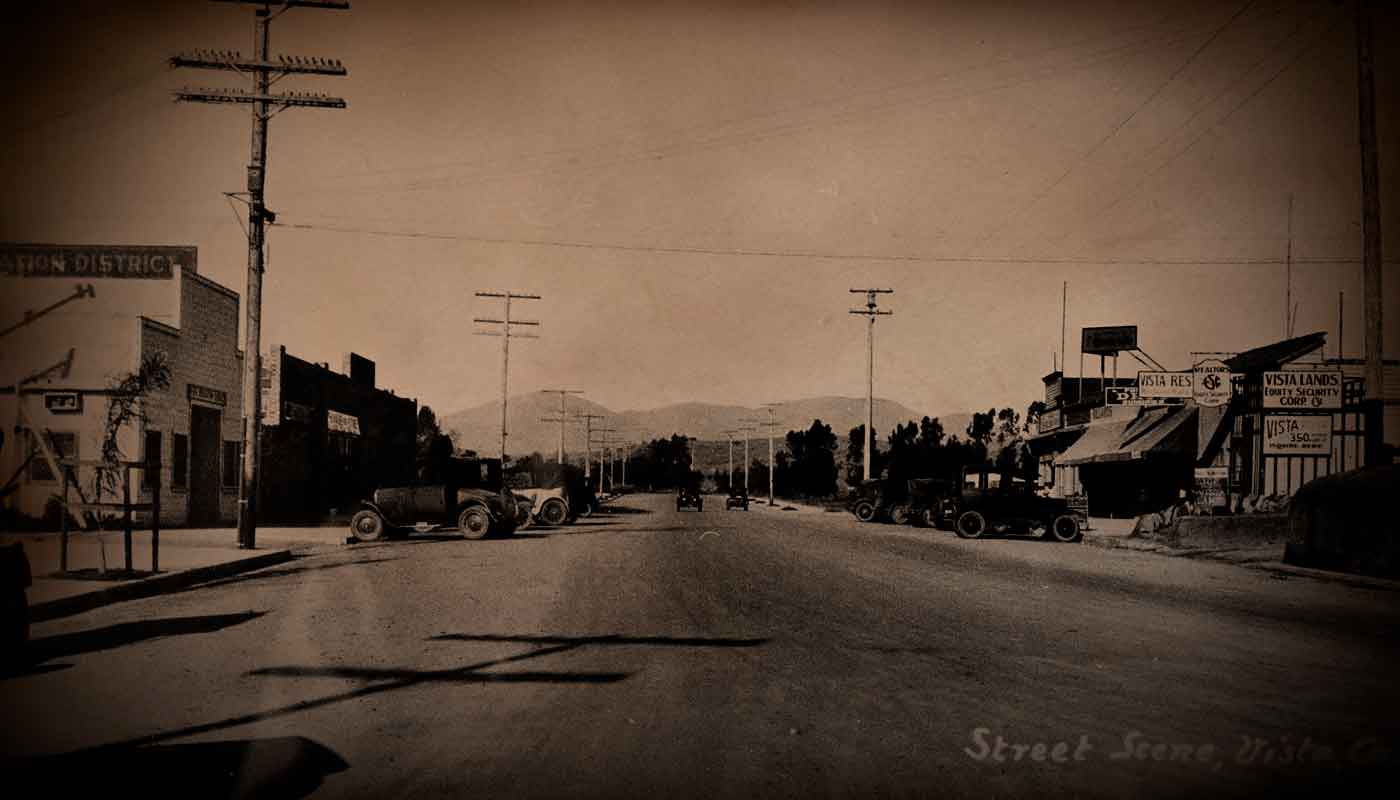 Once the effects of the Depression abated, growth resumed and increased through WWII and beyond. 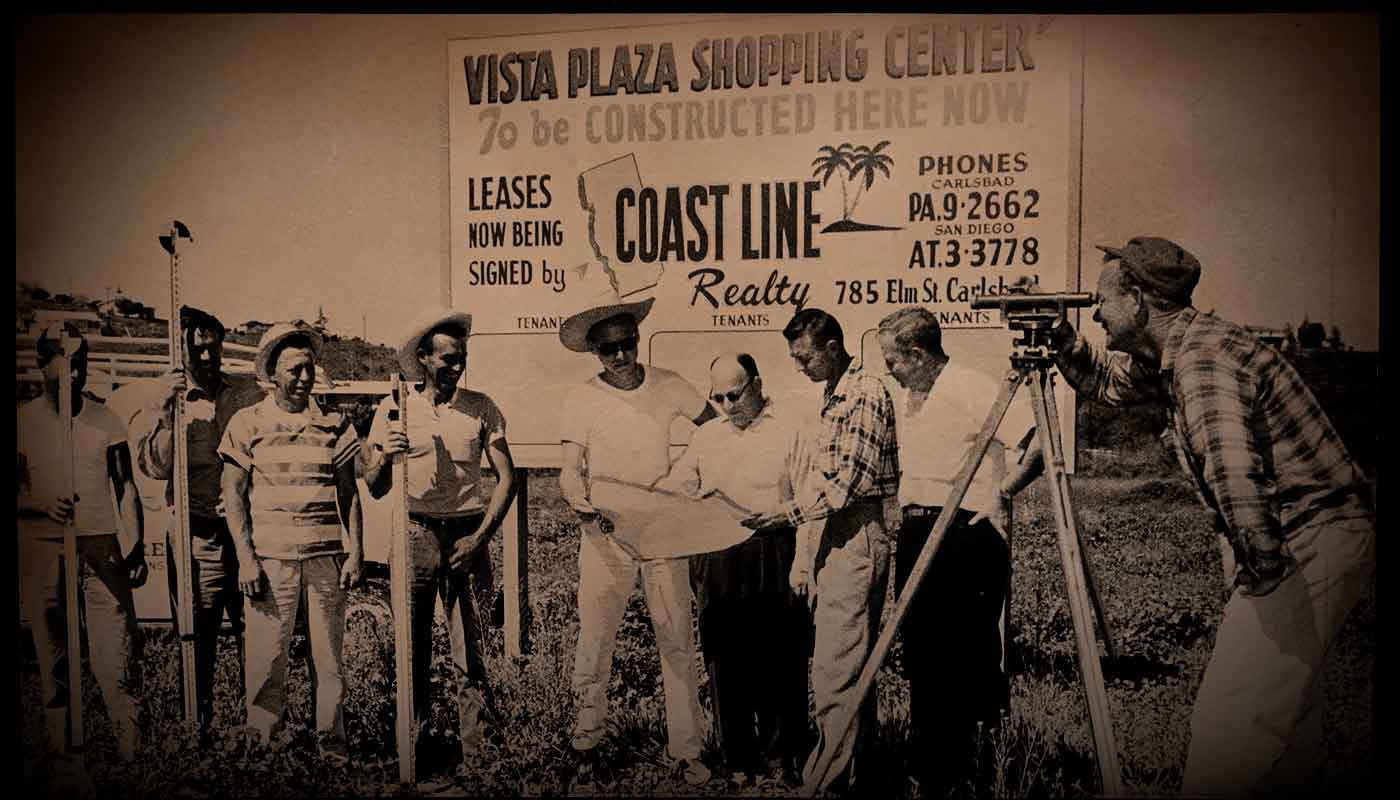 BACK TO VISTA HISTORY